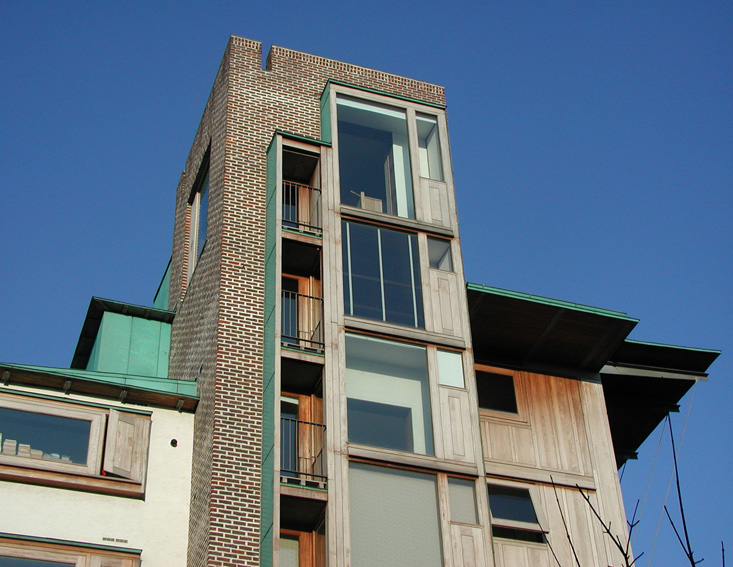 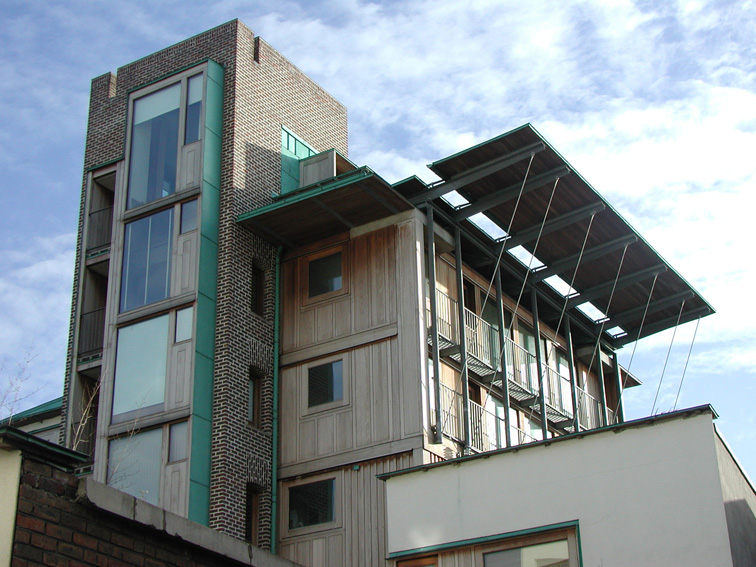 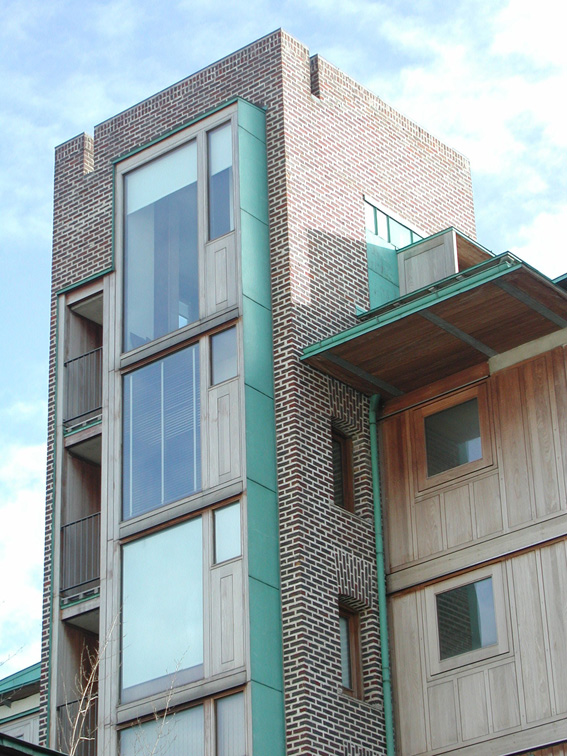 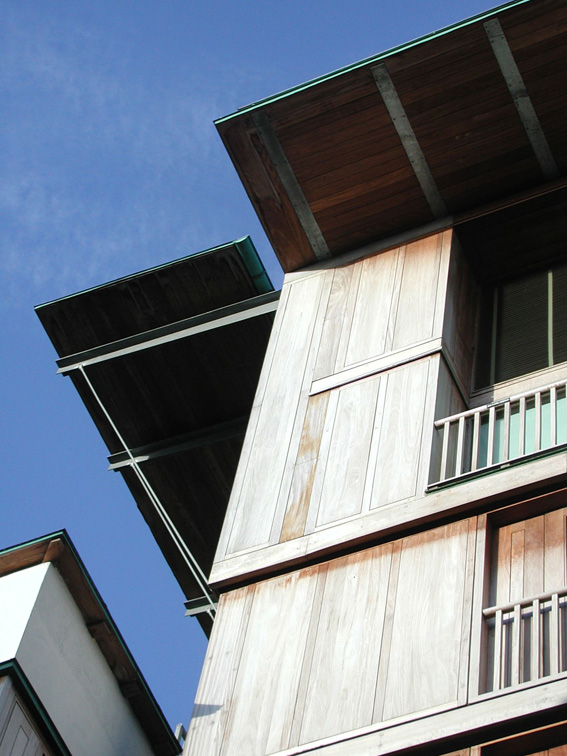 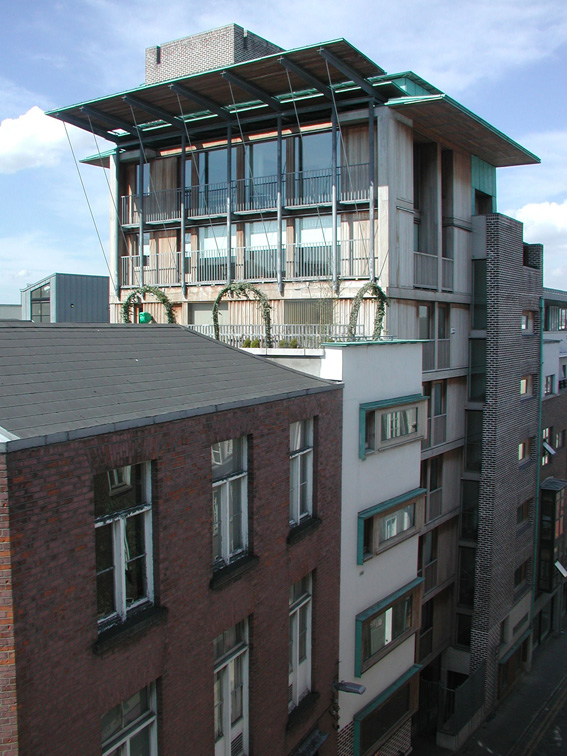 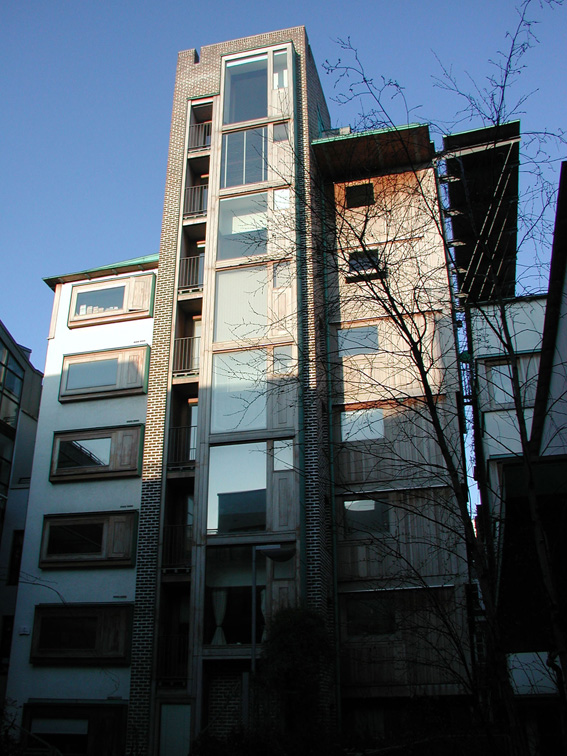 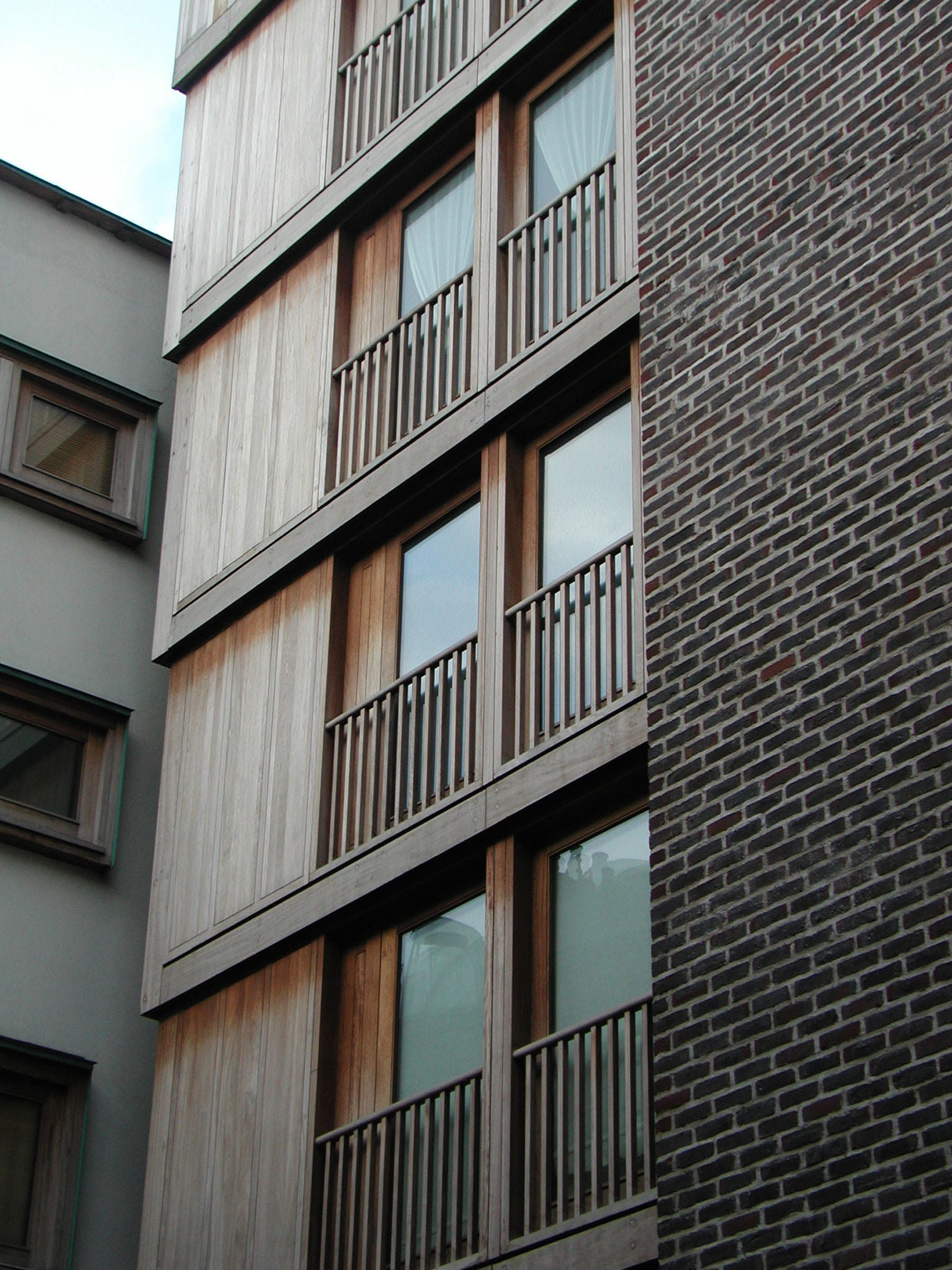 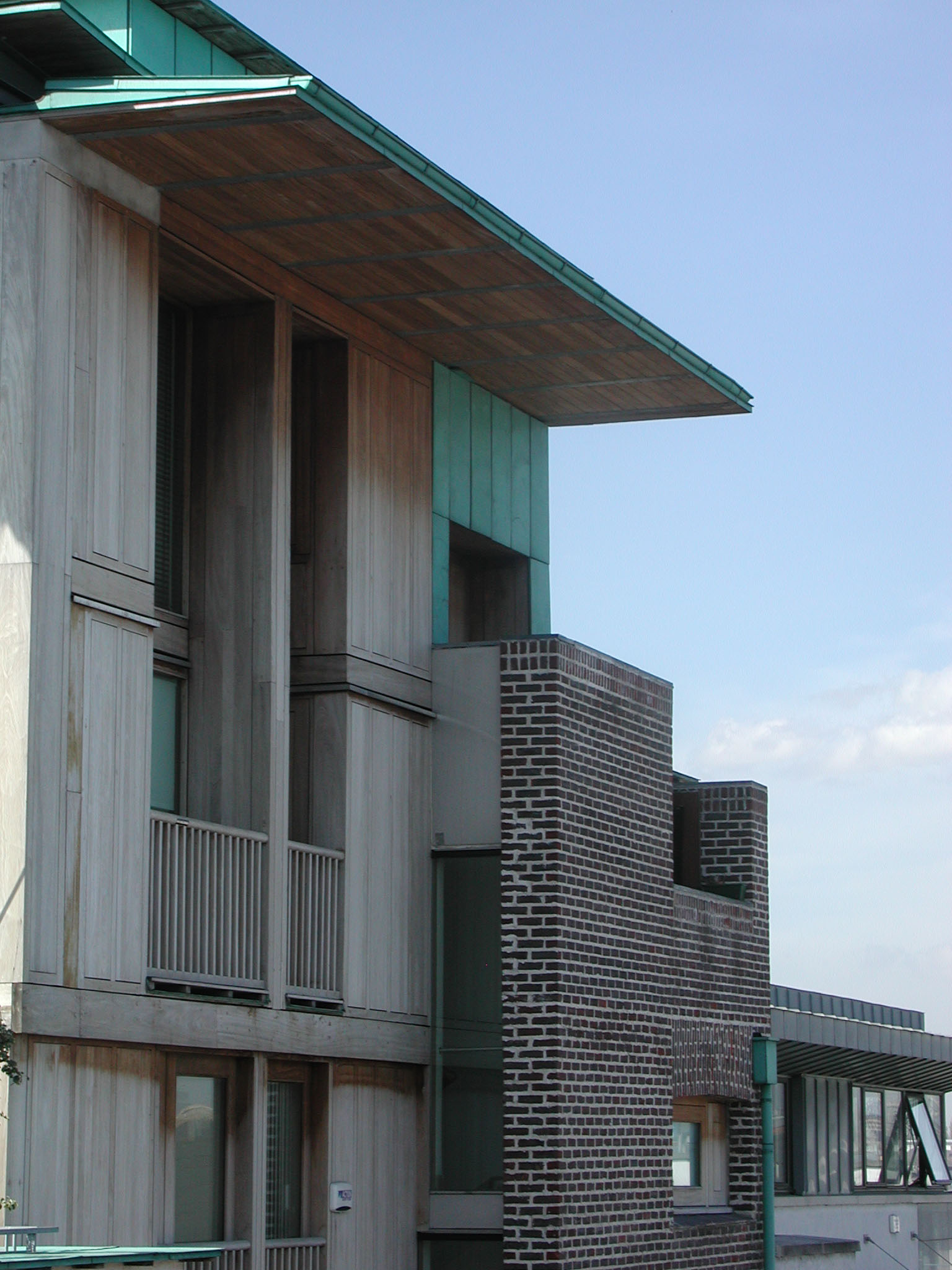 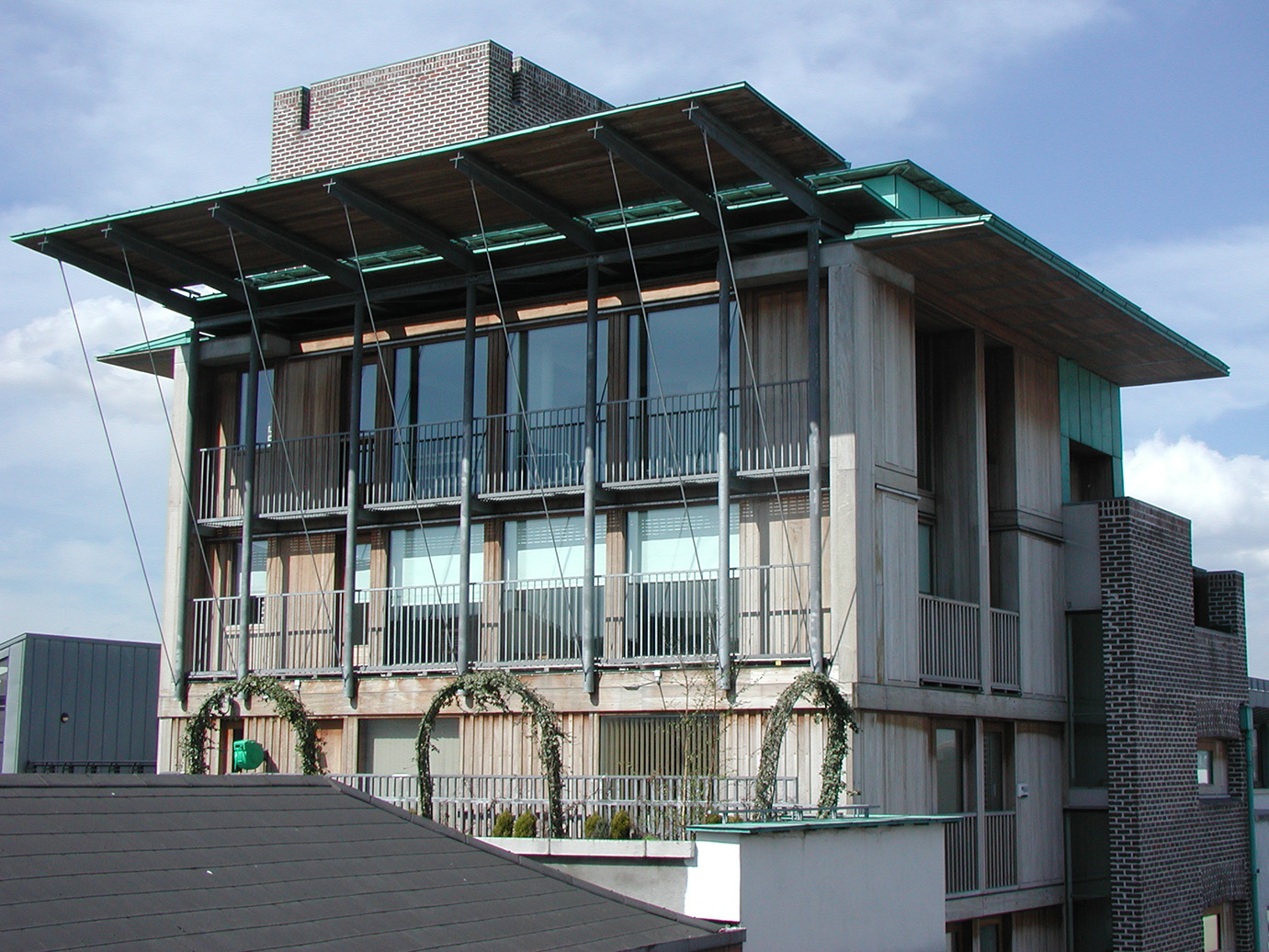 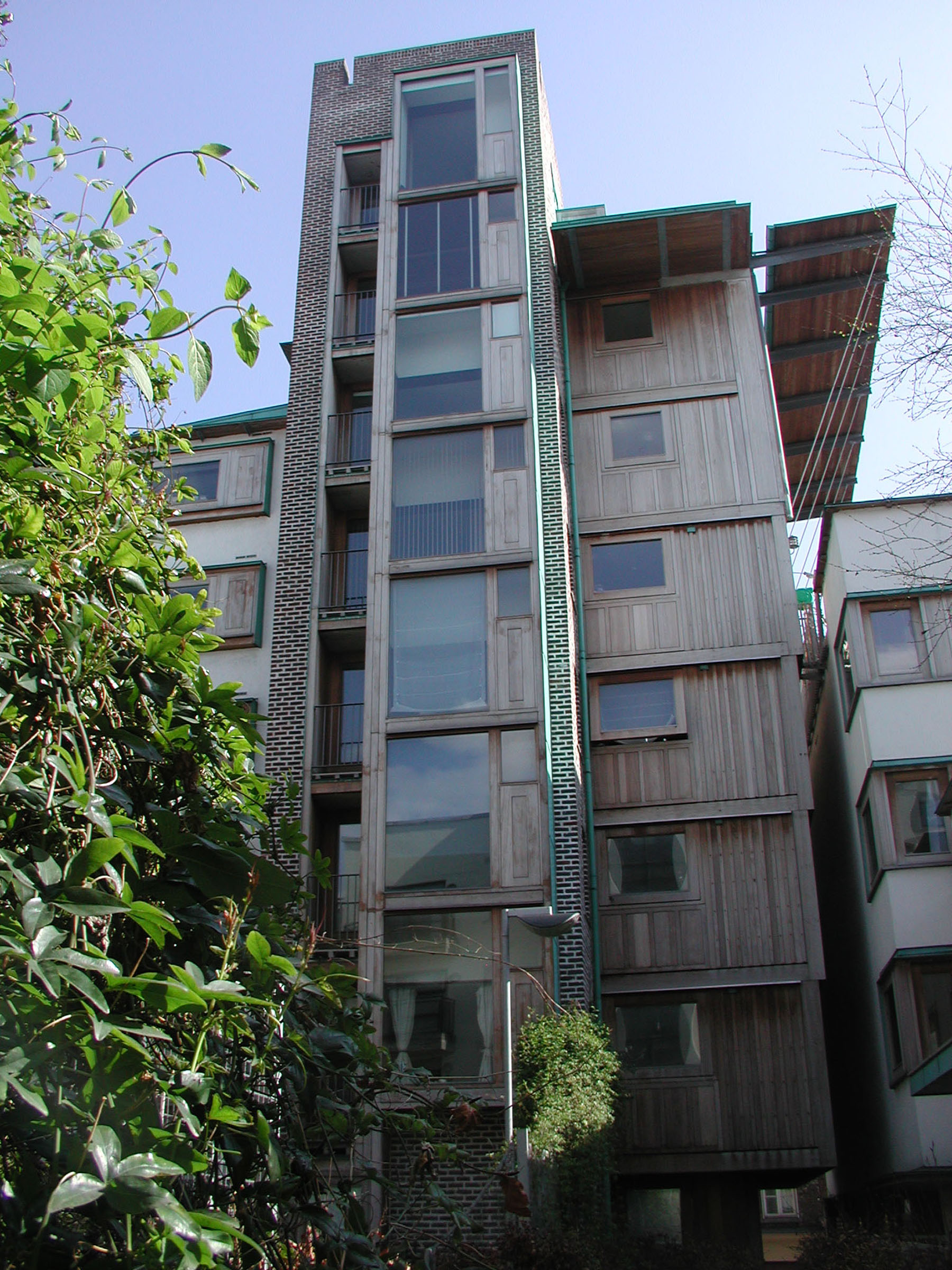 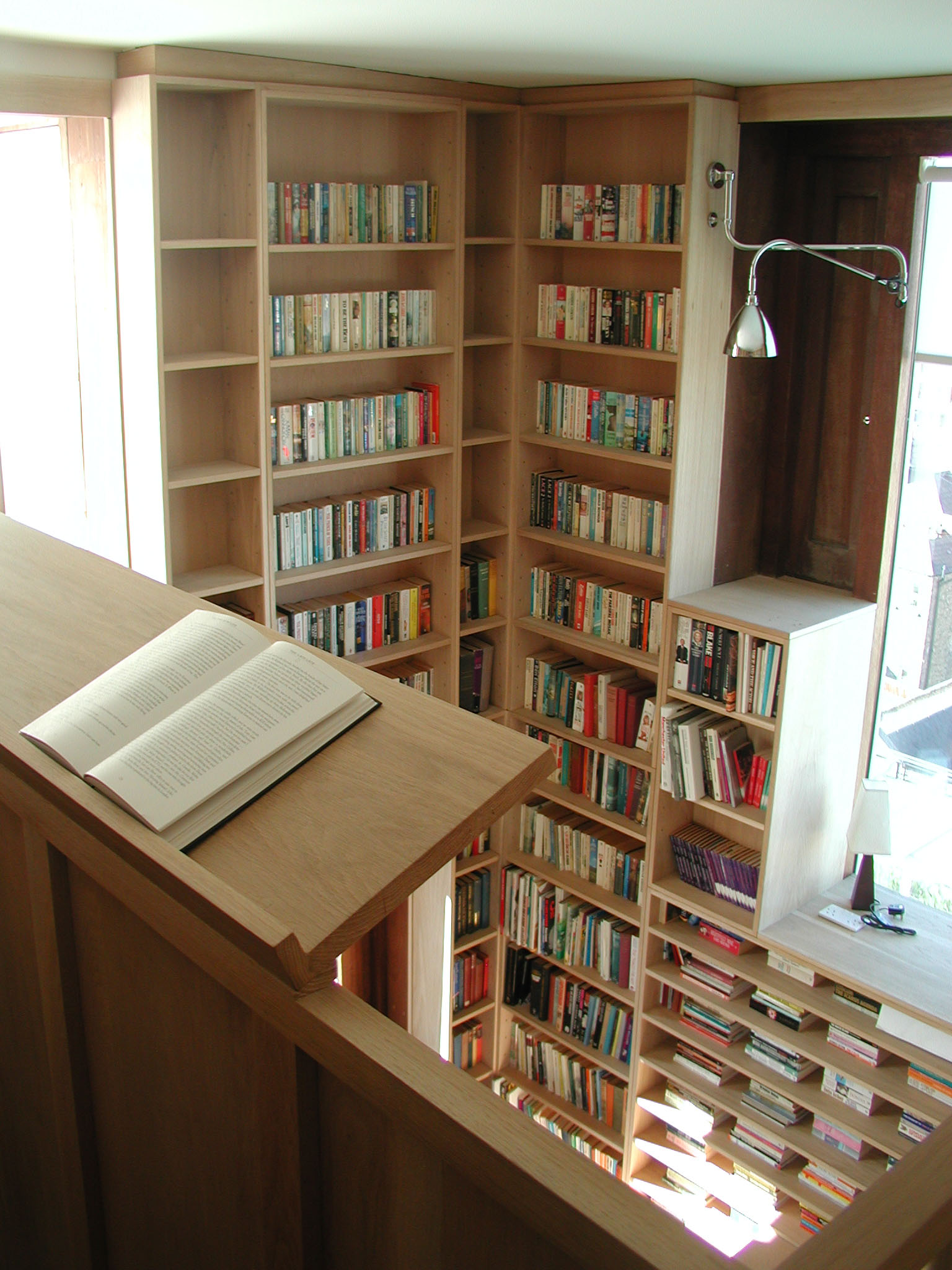 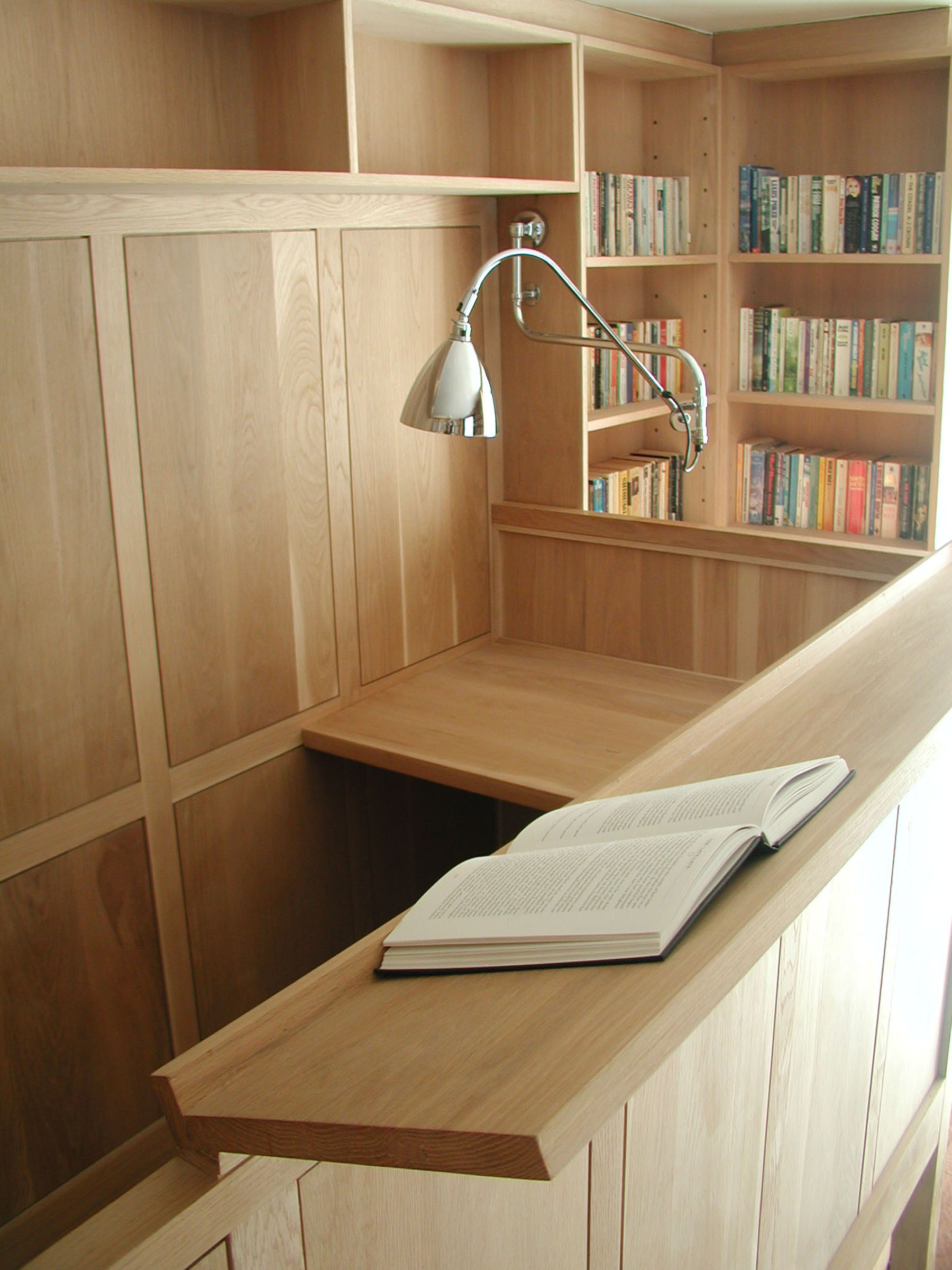 One of the ideas of this building is to show how a small 9-storey building within the existing city street pattern contributes to higher density and amenity to residents through views to the mountains and roofscapes. This building forms part of the residential redevelopment of the west end of Temple Bar. The design commenced in 1995 and was completed in 2000.

The project comprises the five storey block and the nine storey tower, separated by a granite staircase which gives residents access to the rear courtyard garden. A recess, formed in the plan which addresses Exchange Street, together with the copper clad iroko and steel overhanging canopy, forms an entrance portal eight storeys high. Where the tower emerges above the south block, a canopy of similar detail provides sun shade to the apartments under. A cut in the canopy lights the gap between the buildings. The south block extends at the rear to provide a crèche at two levels.

The plan of the tower is American in spirit. The entrance lobby opens directly off the street. A lift and staircase serve two apartments per floor: one 1-bed and one 2-bed apartment. The stairs have a view at every half level towards the gate of Dublin Castle. The south block is entered at courtyard level. The seventeen apartments have east-west orientation, with views of the street and views of the garden. Generous terraces are located at the third, fifth and eighth floors