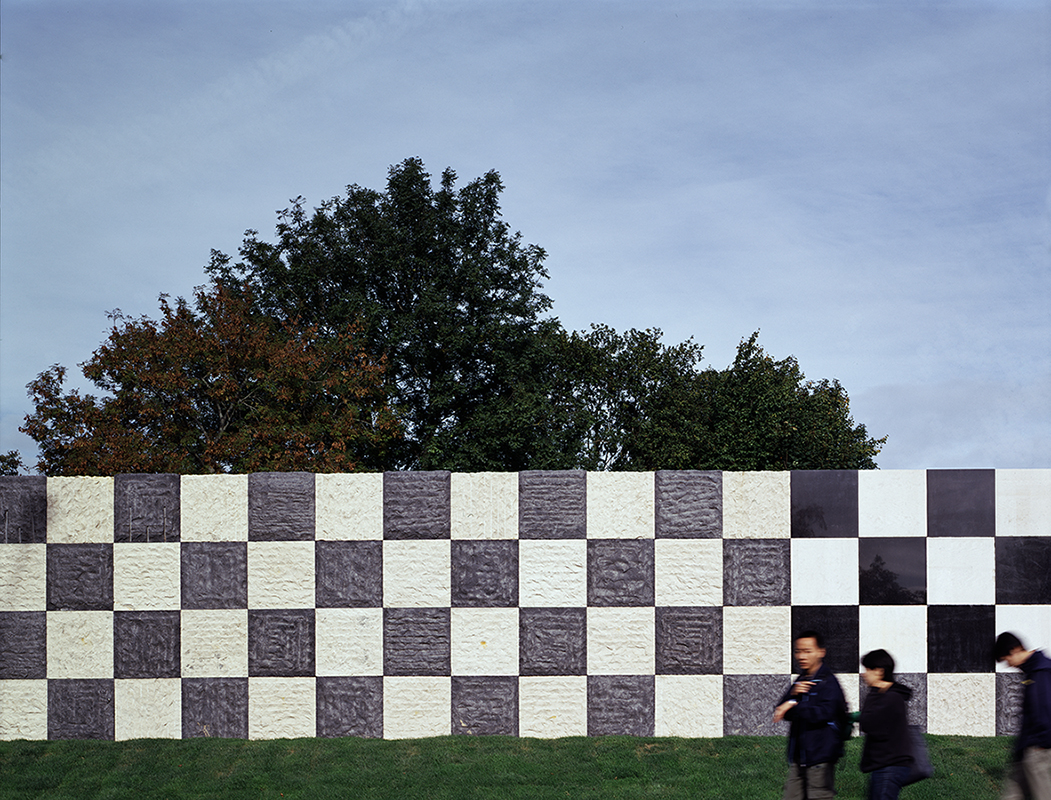 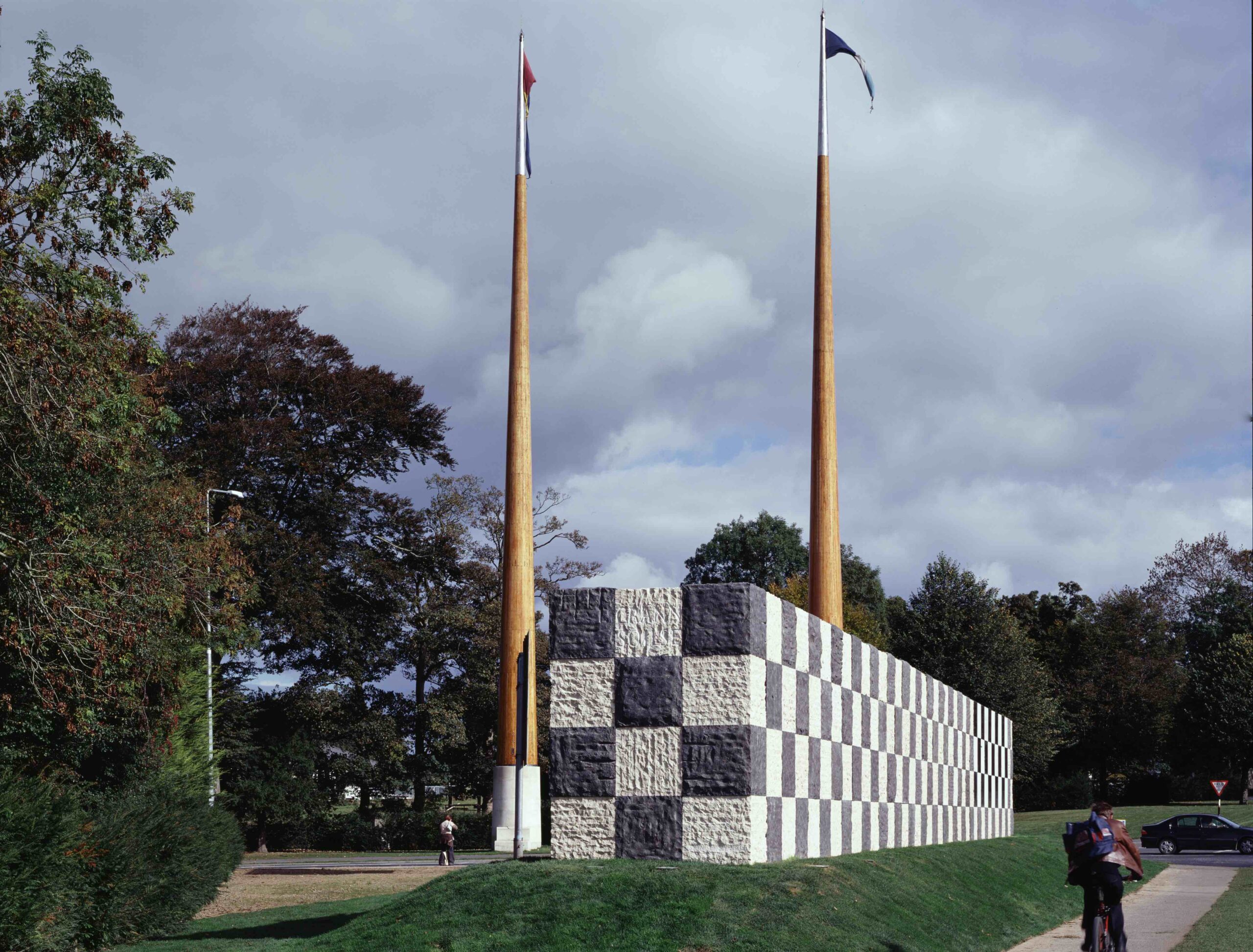 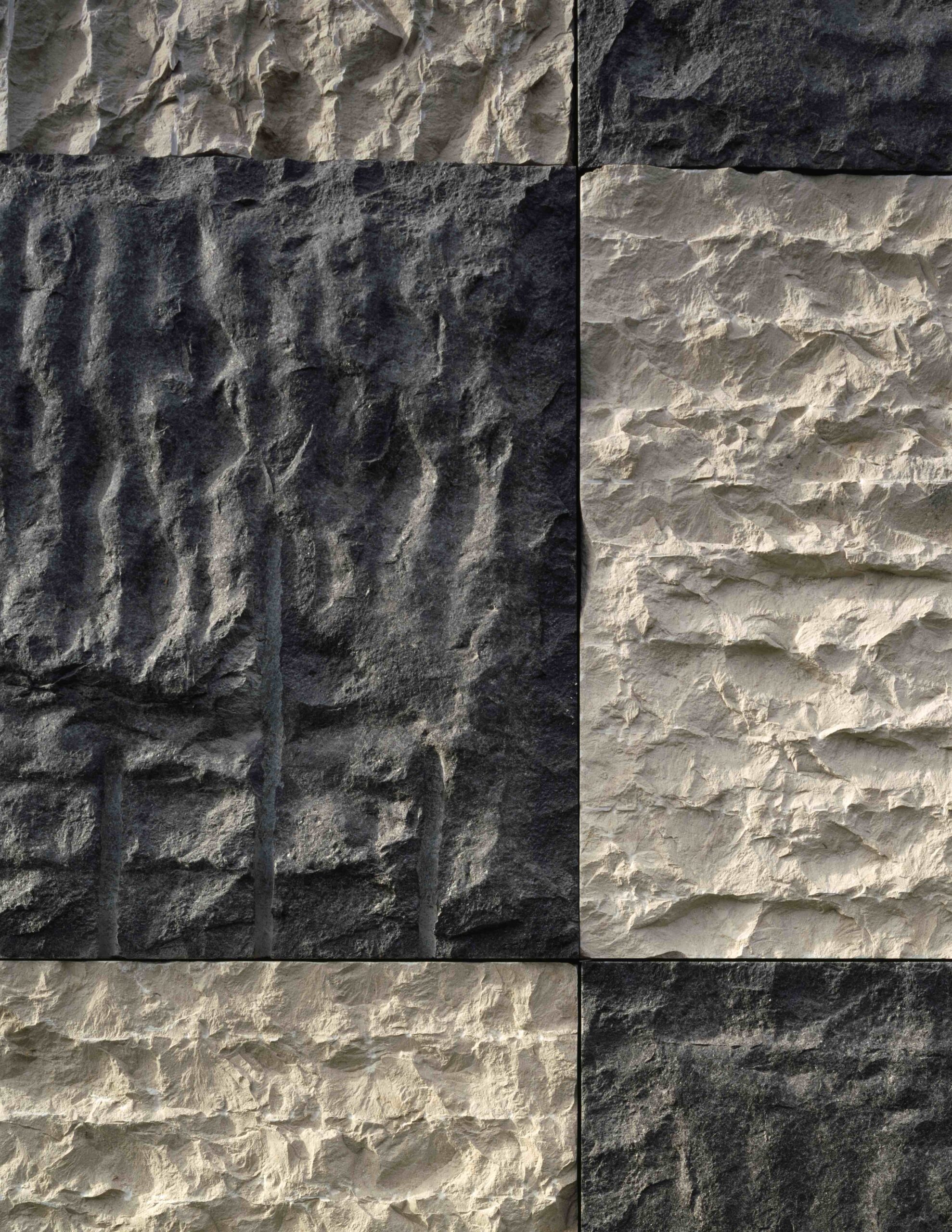 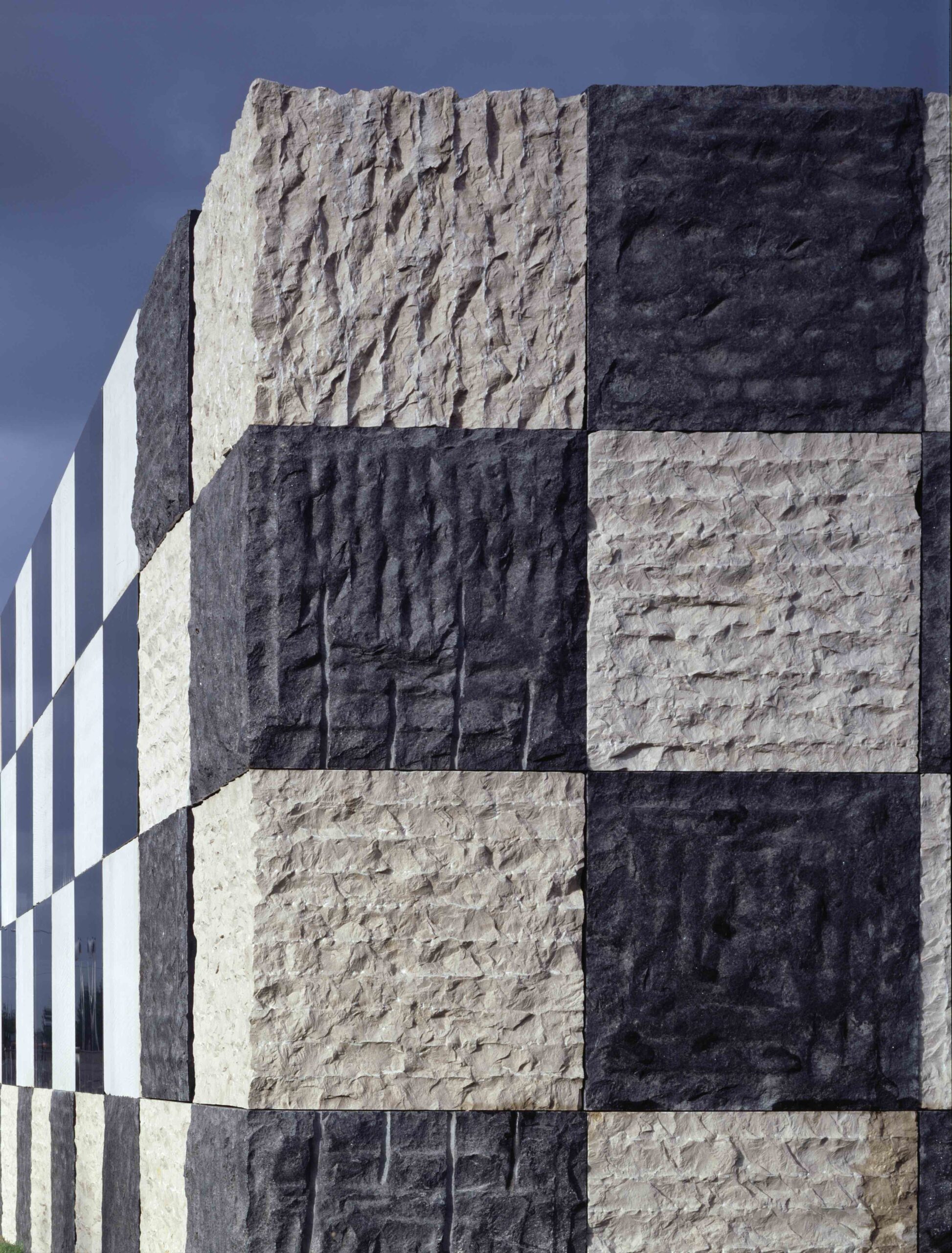 A triangular lawn, approximately 150m wide by 150 deep banked by yew hedges makes the setting for the new entrance landscape. A long yew hedge on the South side of Plassey Park road forms the third side of this new space and completes the garden, enclosing the road. Two huge timber flag poles, 35m high and visible from Limerick City and from the Dublin road to Limerick, mark for the approaching visitor the gateway to the University campus.

In the competition entry the Architects drew the stone monument of the landscape design of Geoffrey Jellicoe at Sutton Place with the Ben Nicholson white wall sculpture, and advised that the painter Sean Scully should be asked to make his proposal for a stone monument at Limerick University. Five years on and after much consideration, Sean Scully’s sculpture entitled ‘Crann Soilse’ was realised.