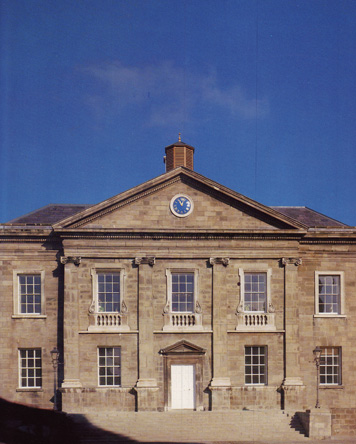 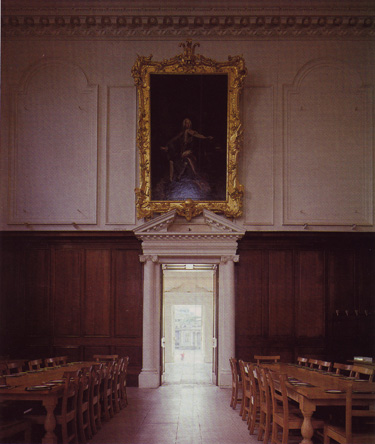 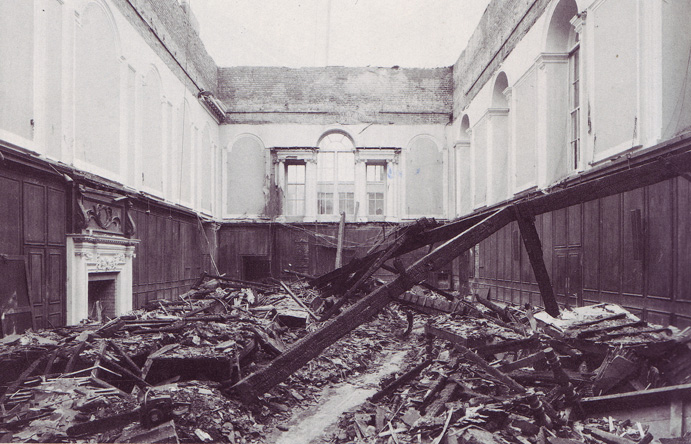 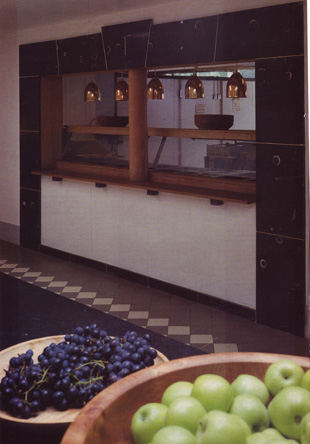 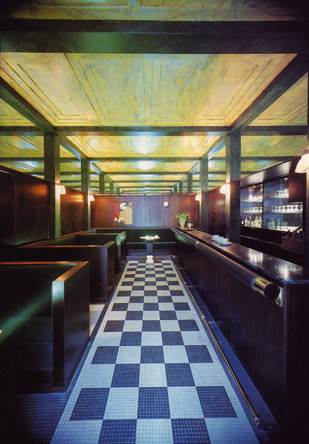 In 1983 de Blacam and Meagher were appointed by Trinity College Dublin to review college development to make plans for new buildings to celebrate the 400th Anniversary of the foundation of the college in 1992.  The eighteenth-century hall of Trinity College Dublin was almost destroyed by fire in 1984.  The fire damage was compounded by water damage both of which resulted in the replacement of the interior plaster, wood panelling, floors and furniture.  This building complex, where many of the college’s social activities take place, houses the college’s dining hall, kitchens, buttery, bars and senior common room.  The fire presented the collage with both a major task of restoration, and the opportunity to improve the piecemeal character of the complex.  The new four storey oak-clad atrium links all levels of the building, and shutters enable its galleries to be enclosed as separate rooms, or to open onto the space beneath.  A small bar, for the Fellows’ private use, recreates Adolf Loos’s Karntner Bar amidst the ascetic classicism of Irish Palladianism.