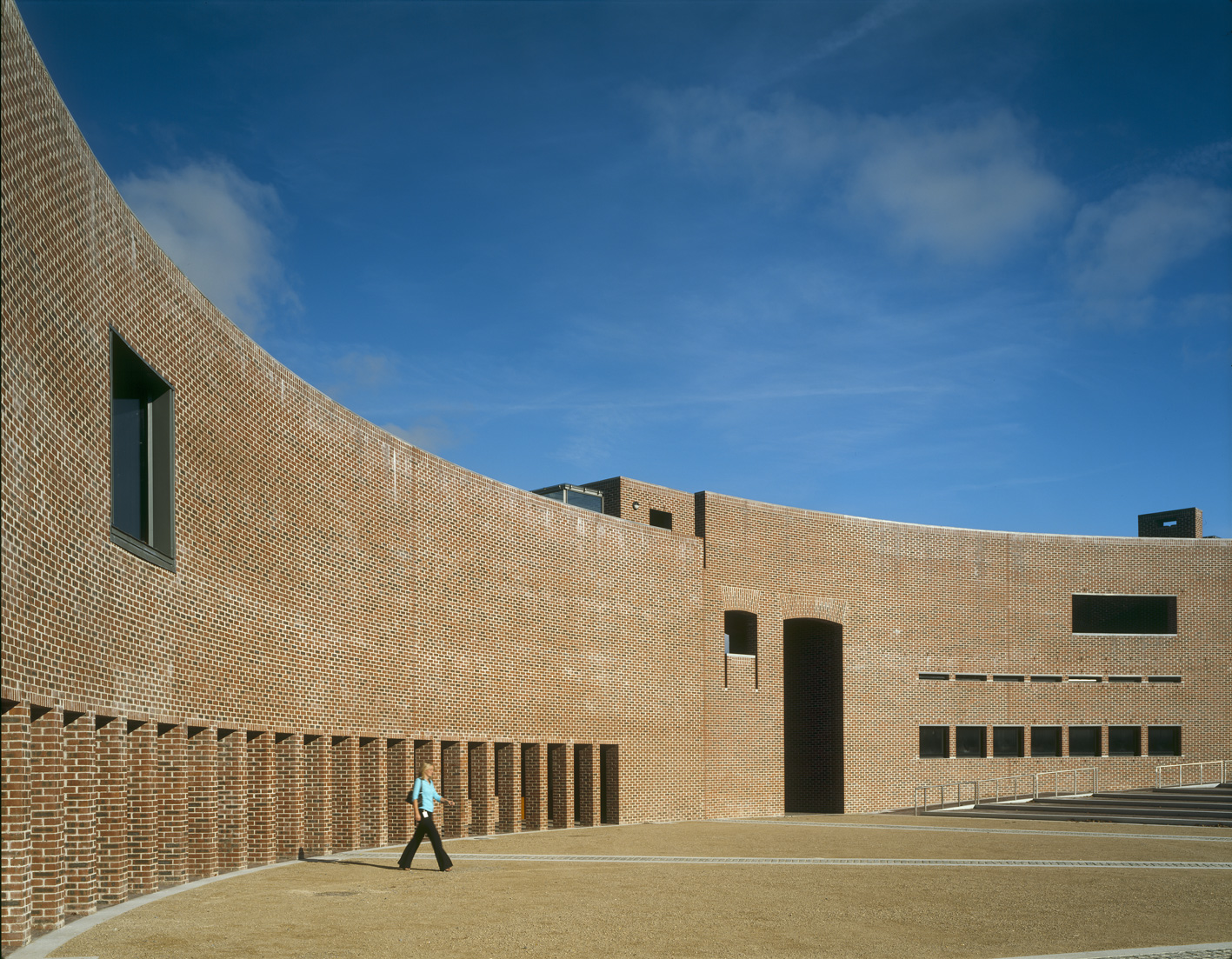 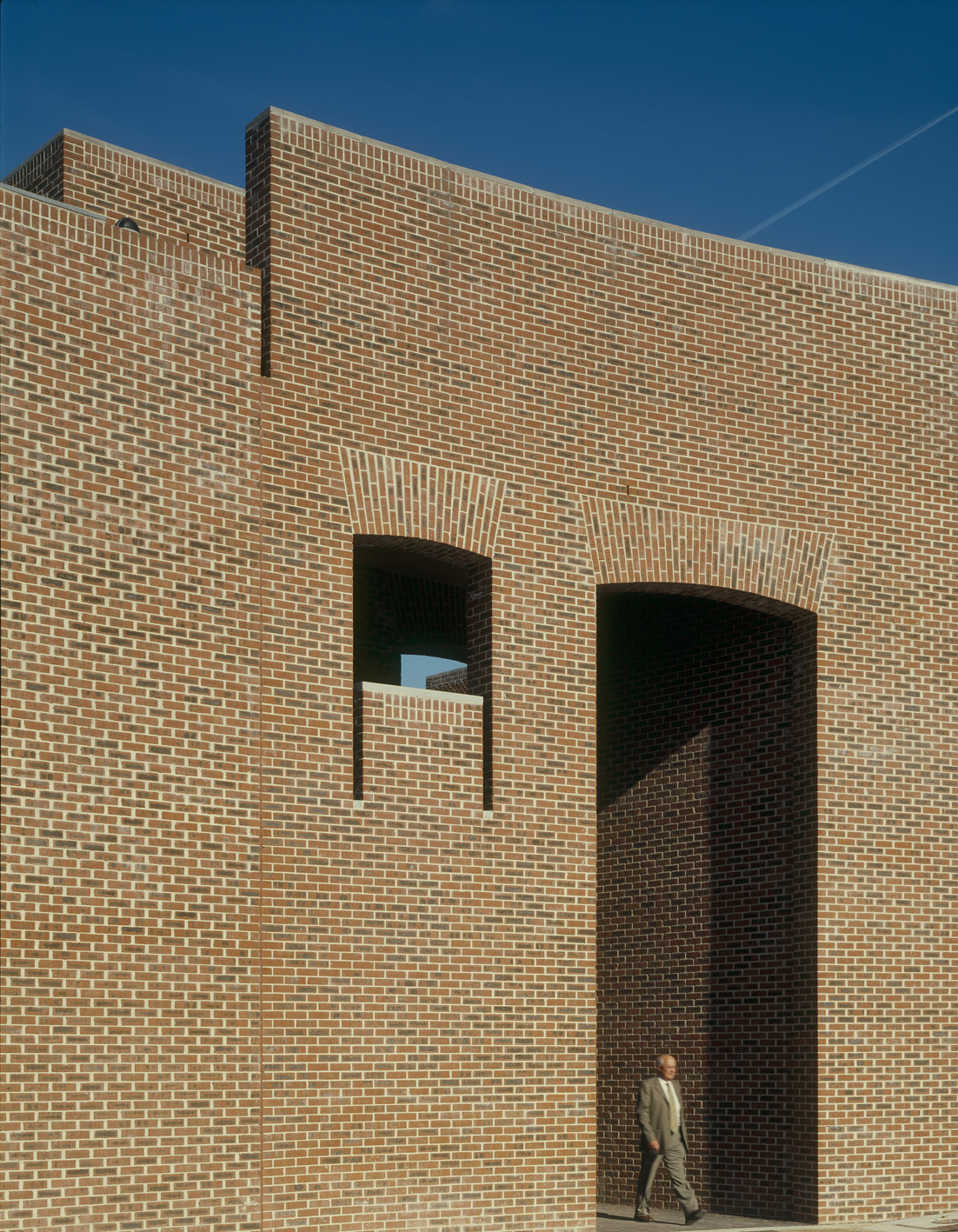 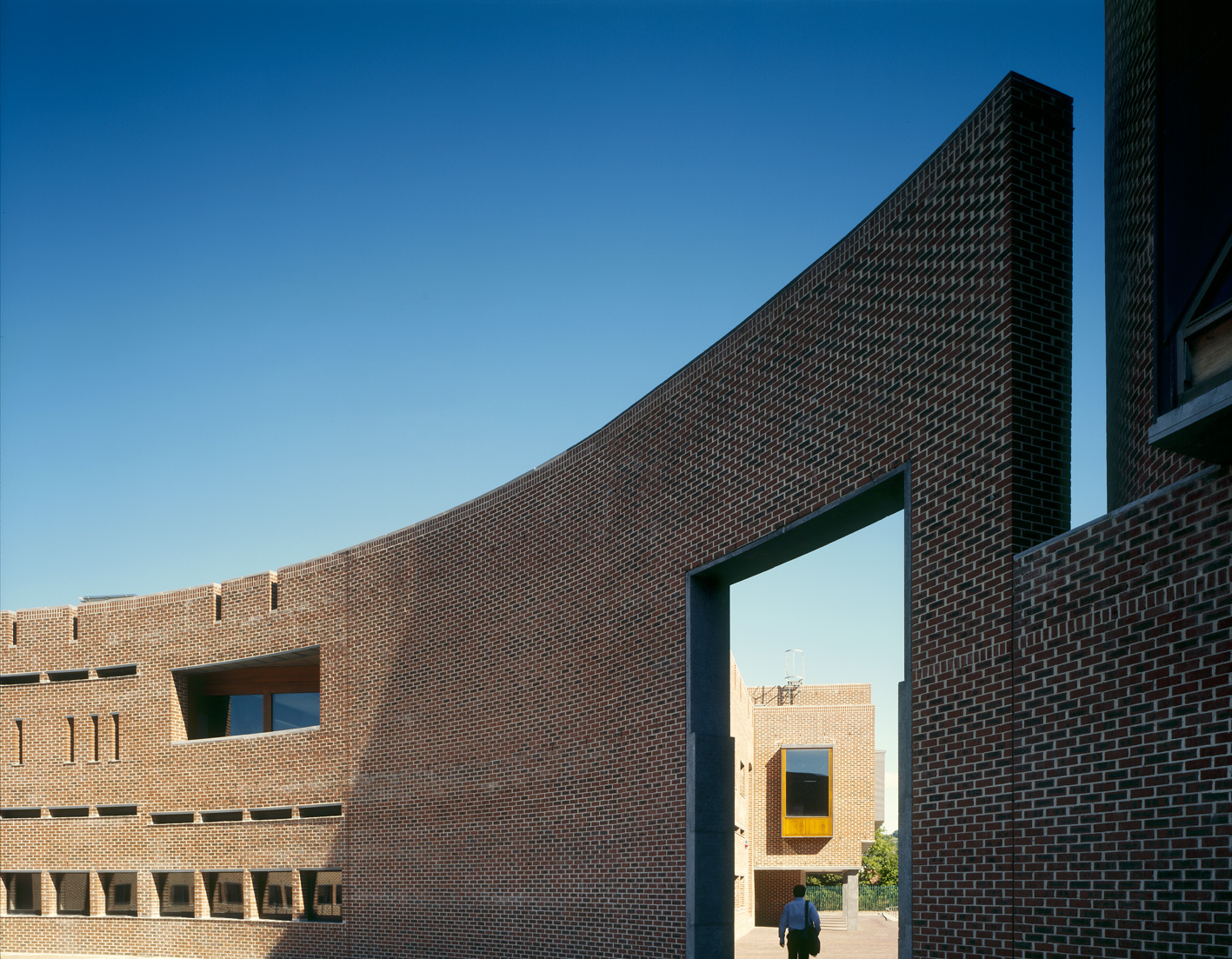 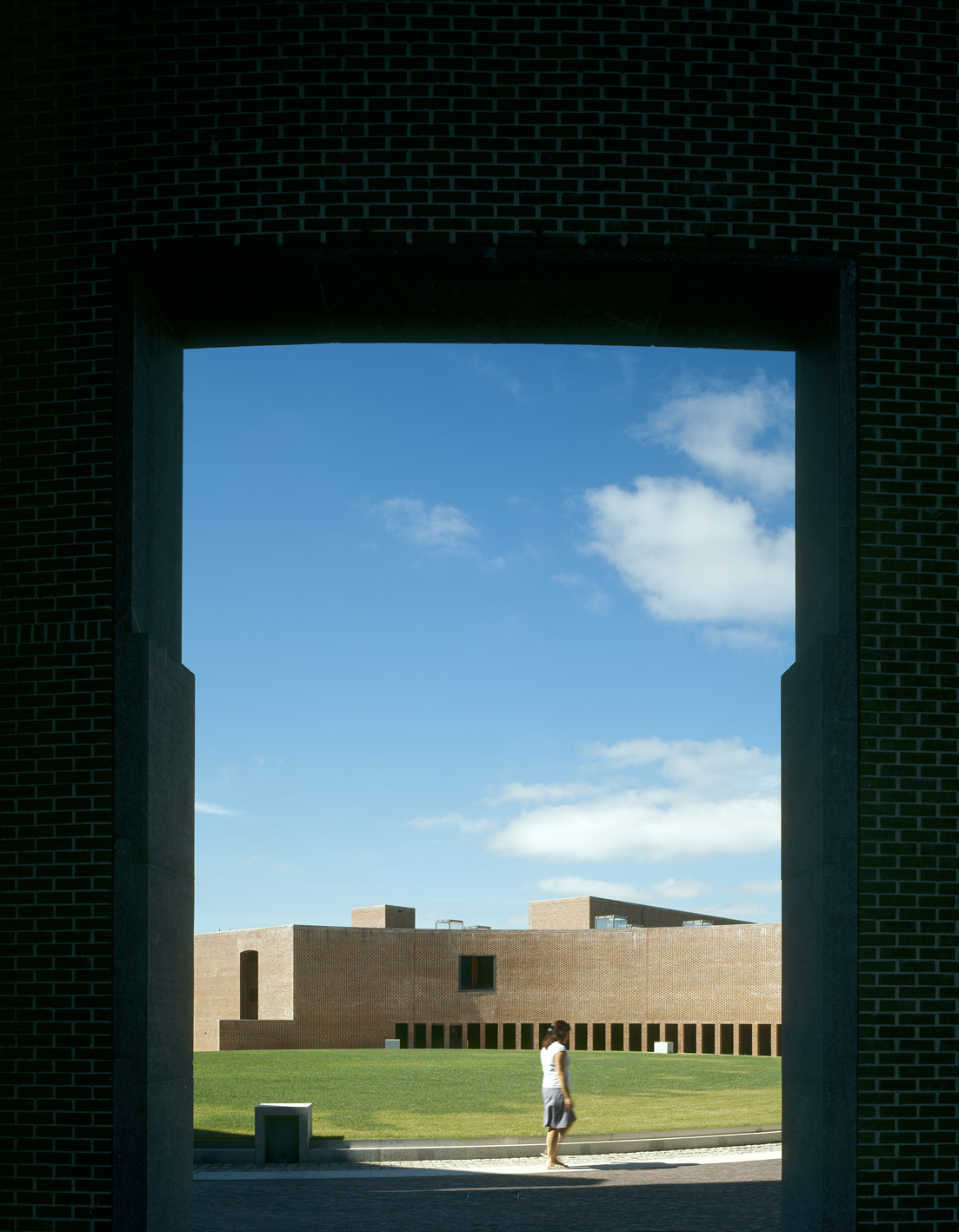 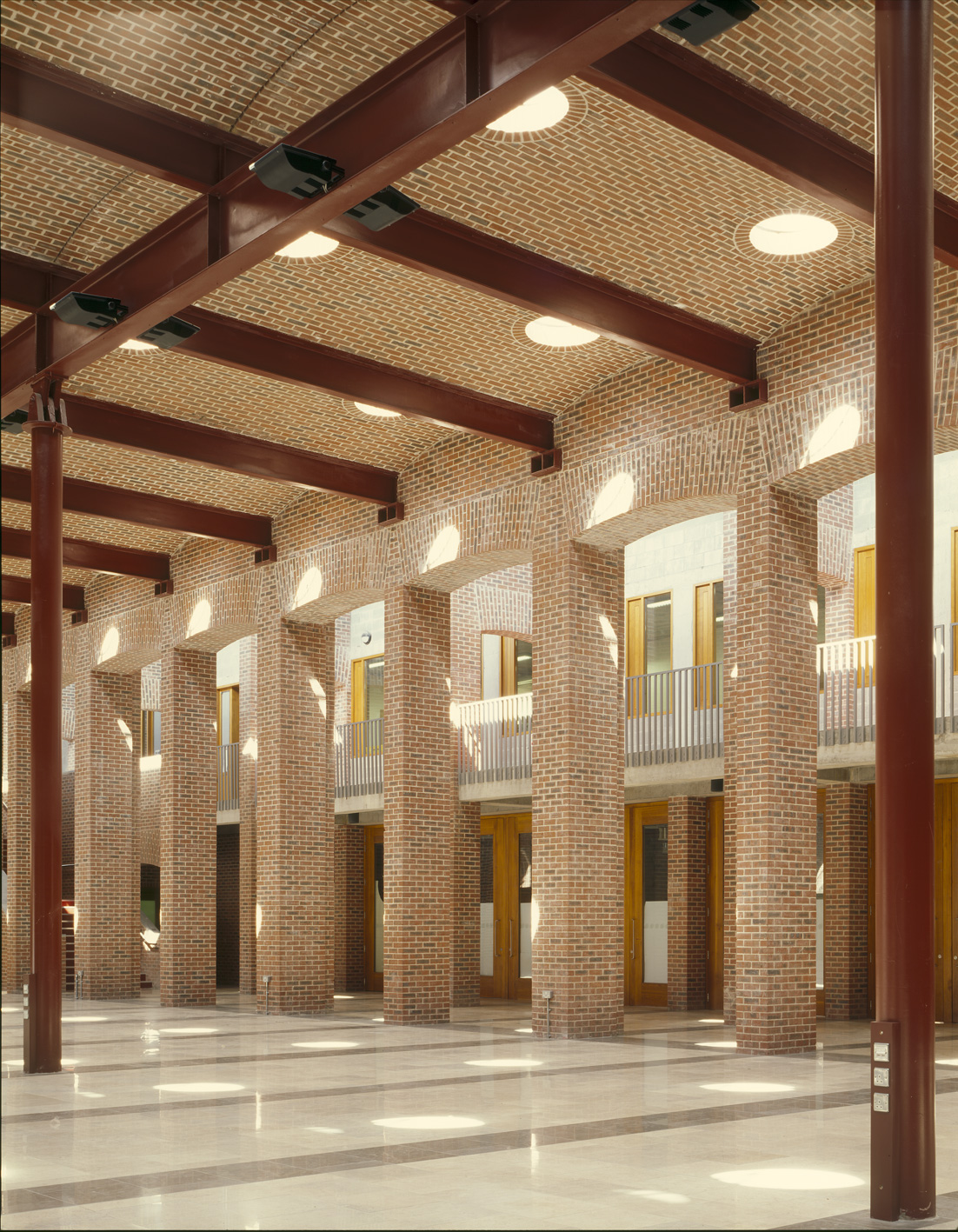 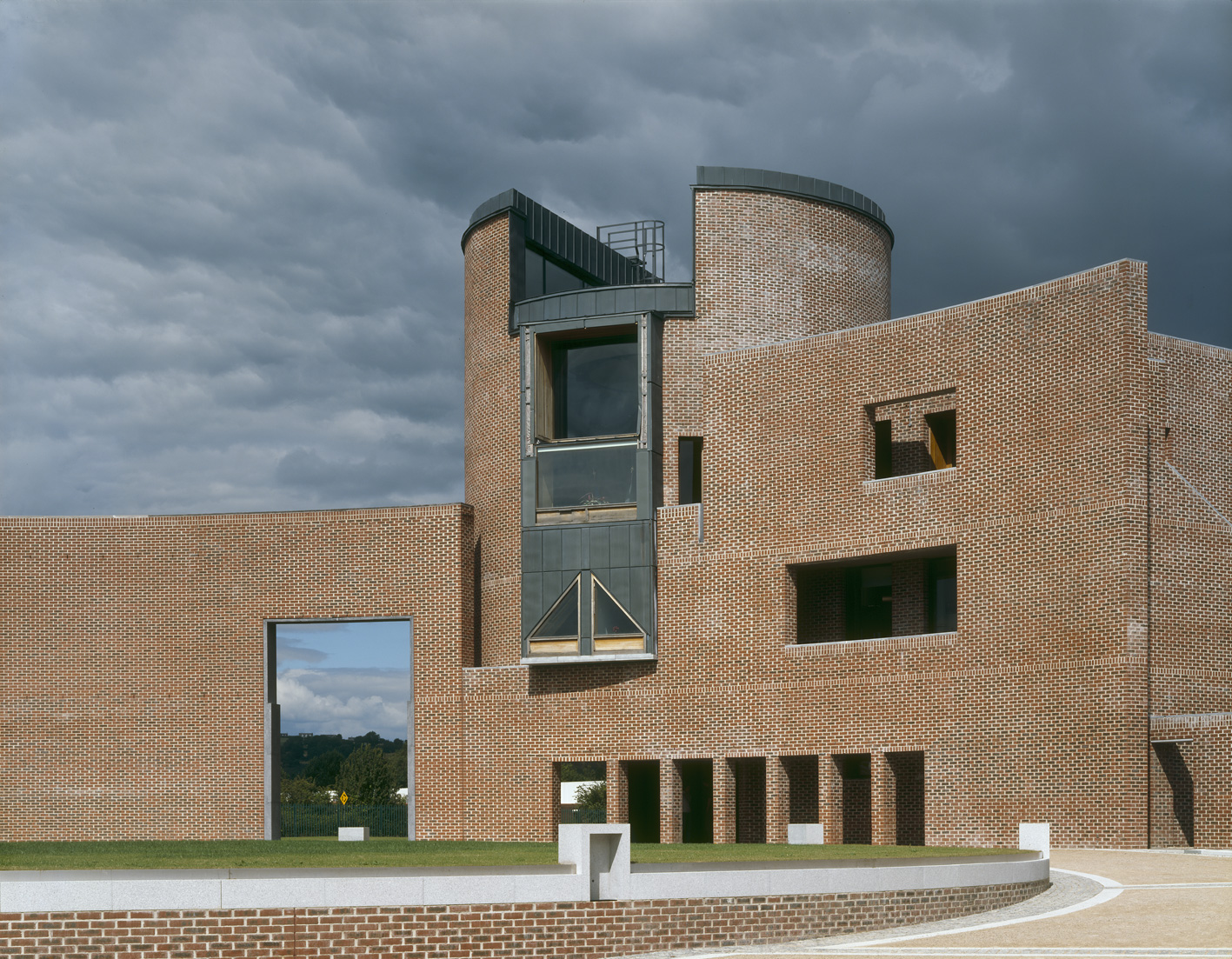 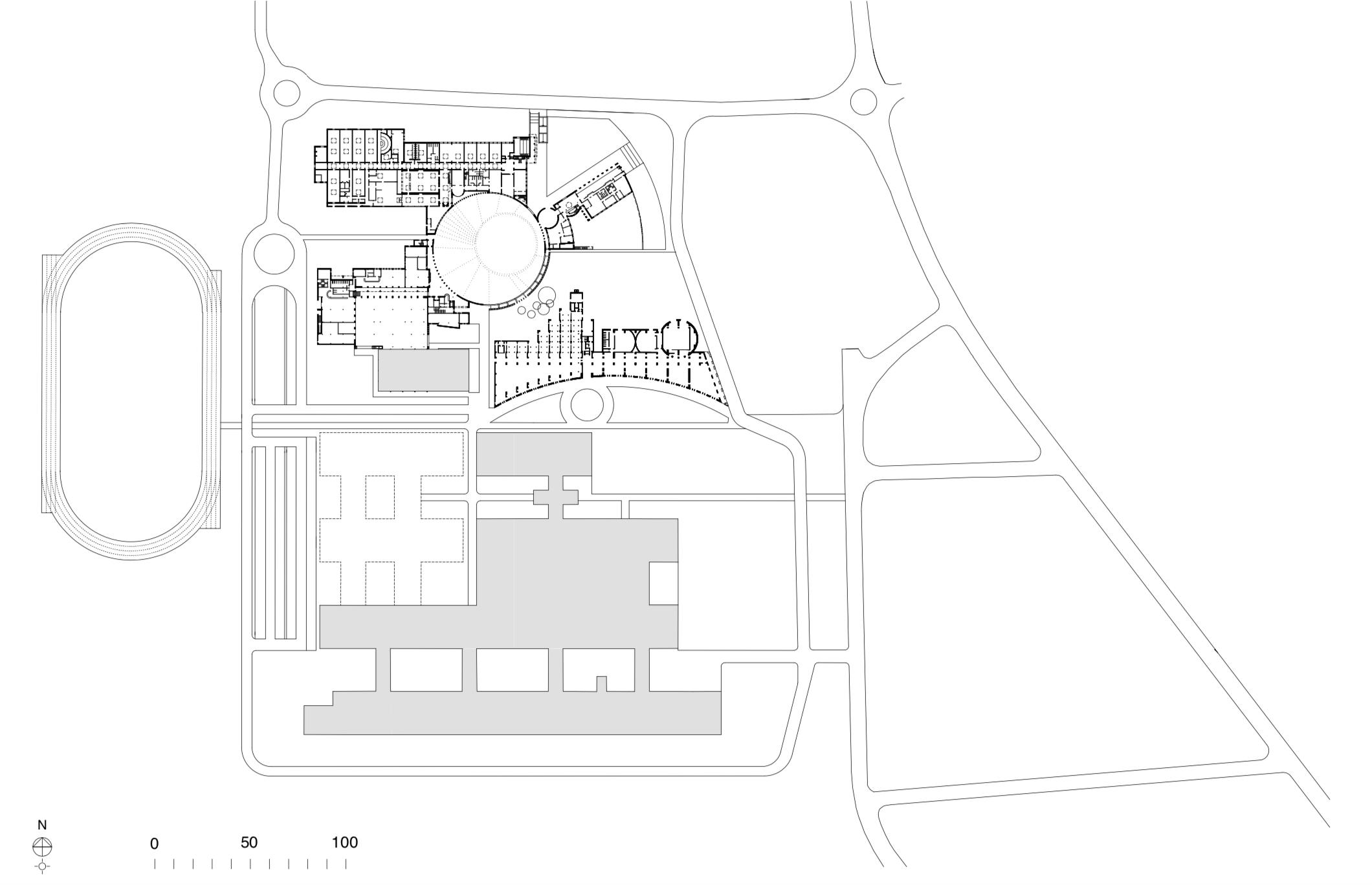 The strategy was to make an entrance place for the Cork Institute of Technology. This project follows two earlier buildings, the Library and the IT building, the first works by the collaboration of de Blacam and Meagher and Boyd Barrett Murphy-O’Connor at CIT twelve years ago, which had the form of a crescent. That geometry made suggestions to the older buildings and the landscape of the campus. Three new buildings form a circular quadrangle and extend the ideas of the site plan. The Institute is located in a residential suburb of Cork City.

There is a North South Axis as well as an East West axis. The original building took its south facing hint from the internal circulation of the older buildings which simply knocked out one room at the north end of the corridor to open to the south facing brick elevation of three phases of development, library, I.T building and library extension. A master plan prepared by Scott Tallon and Walker identified a parallel north south route with the 1970s buildings for their proposed skills building and more importantly a new North Eastern campus entrance and new north road from the Model Farm Road and Cork city. The master plan identifies a diagonal, taken up in the Administration Building plan at 45° to the two north south routes referred to above. The east west axis of the library connected the campus to the existing sports track to the West. Scott Tallon and Walker enlarged the West of the campus with new parking and new sports buildings. The East West passage of the Student Centre culminates in a staircase to the Common Room and south west facing balconies overlooking the sports grounds rather in the way the Pavilion sits in College Park. A point of interest is that the size of the CIT campus is approximately 75 acres, which is the size of the campus of Trinity College Dublin. The West façade of the Student Centre with diagonal stairs, blank brick walls and brick pergola of the student terrace, which overlooks the running track, is a favourite of the Architect. In addition the plain walls of the Covered yard to the South and West with a wide expanse of fire doors form very beautiful routes of approach to the Student Centre.